This is the second of our posts in our CSI Facebook Takeover Week. In it, Maggie Prout, an SSE student, talks about SSE mentor Diane Dupuy, founder of Famous PEOPLE Players. 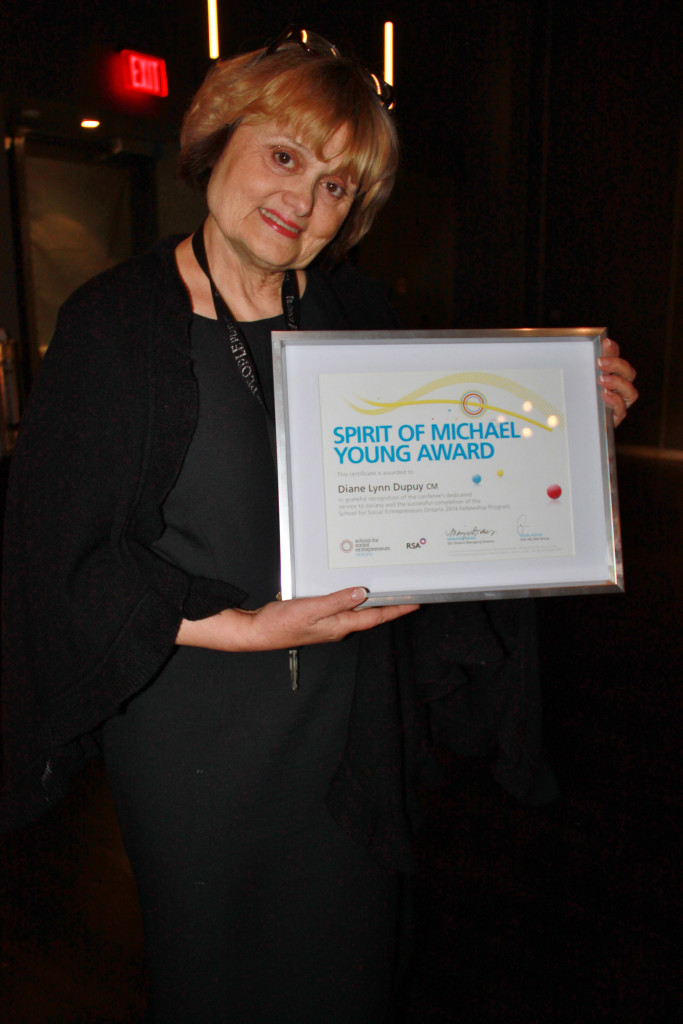 Ever wondered what it would look like if you spent 40 years changing the conversation? What would your tomorrow be if you fought, hard, for what you believed in, if you took every chance and ignored every voice that told you that you would fail? Maybe you would prove them wrong?

I’d like to introduce you to Diane Dupuy, founder of Toronto’s world-renowned social enterprise, Famous PEOPLE Players (FPP), a glow in the dark dinner theater run by adults living with physical and intellectual disabilities. Shows at the theater feature spectacular puppets of famous people, hence the name of FPP.

Proving that you shouldn’t take no for an answer, FPP has fought back against stereotypes, simplified classifications, and bigotries for the last four decades. The staff of FPP prepare all the meals, serve the (mostly able-bodied) clients, and put on Las Vegas-worthy musical performances. Check out this hilarious clip from Rick Mercer’s visit to FPP.

Diane Dupuy knew all too well what it was like to be looked down upon for learning differently from the majority of her peers. However she knew she had to prove that “different” didn’t mean “incapable”.

In a time where people with developmental delays were called all manner of hurtful names, Diane saw a big change needed to take place. She knew that putting humans, with a brain and mind full of potential, into institutions where they would be medicated and left to sit and not grow was the equivalent of throwing people away.

Diane got to work. Starting in a basement with a small group of people, Diane and her team began to create puppets and scripts for an entertainment act featuring actors who had lived a lifetime of painful experiences where the message was: “you are less than everyone else”.

She wanted to show that these actors who had never been given a chance could shine brighter than anyone could have imagined. And they have: they travel all over the world entertaining audiences and challenging people’s pre-conceived notions. 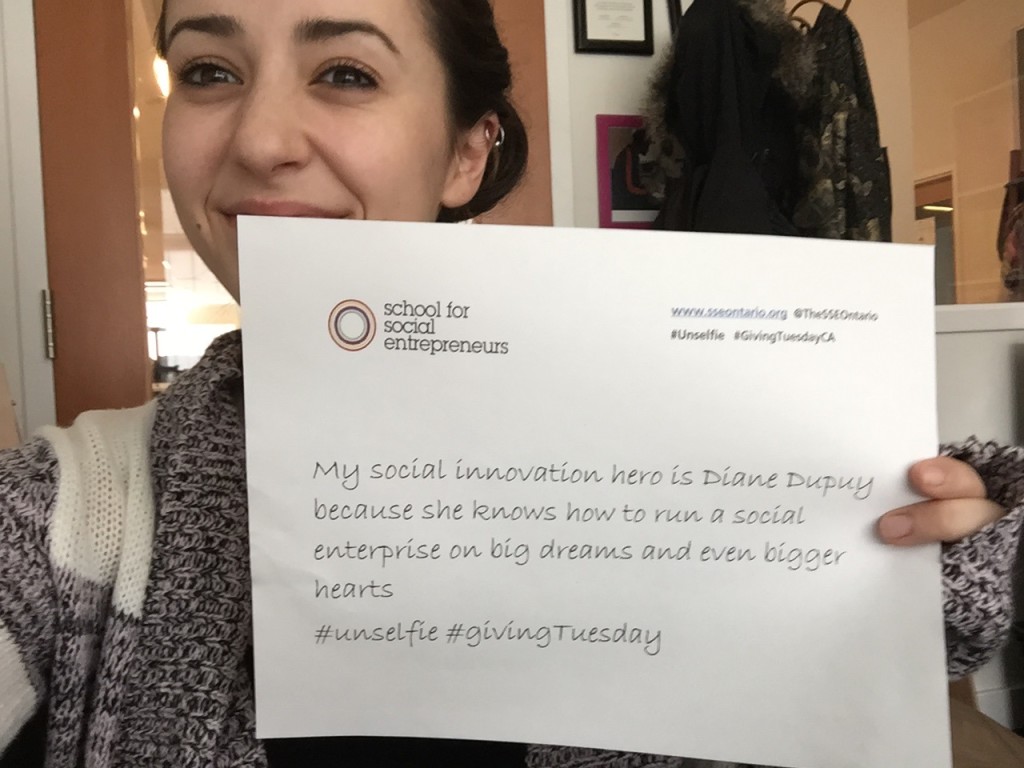 It would be nice to say that after their first show FPP was born and successful, but as any entrepreneur knows that is simply not how it works. Battling the status quo, big institutional systems, Diane’s bout with cancer, city politics, and the world financial crisis in 2008, the FPP team has persevered in the face of seemingly impossible odds and broken down every wall that has stood in their way.

I love how FPP has shifted the conversation away from pity to marvel, and I can’t wait to celebrate the graduation of my class at Famous PEOPLE Players on December 10. You’re all invited to join this SSE community-wide celebration. Register today by clicking here.

Tell us: who is your social innovation hero and why? Post your answers on the CSI Facebook page or send us an email at info@sseontario.org. Use ‪#‎Unselfie‪ #‎GivingTuesdayCA @TheSSEOntario. We’ll collect your answers for GivingTuesday on Dec. 1.

Maggie Prout will be graduating as an SSE fellow on December 10. The School for Social Entrepreneurs (SSE) Ontario is a member of CSI.