This is another installment from our series of articles in the CSI Facebook Takeover Week. In this piece, Chryssa Koulis talks about social intrapreneurship as an emerging concept. Chryssa is both a fellow of the School for Social Entrepreneurs Ontario (SEF ’13) and she co-leads the Learning Team at the School. 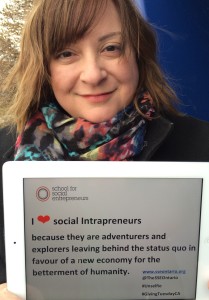 This past September I travelled with SSE, the BMW Foundation, and the Breuninger Foundation to Wasan Island in the Muskokas. Our mission: to launch the League of Intrapreneurs Canada.

Three weeks later I found myself in Mexico City with people from around the world that had gathered for the Second Annual Global Social Intrapreneur Summit.

I tried to be stealth by flying under the radar, but after a while it dawned on me: these were MY people.

But how could that be? It’s simple really. In 1978 Gifford Pinchot defined intrapreneurs as “dreamers who do: those who take hands-on responsibility for creating innovation of any kind, within a business”. Tweak that by changing the last three words to “by creating a business” and you have the definition of an entrepreneur. Not so different. 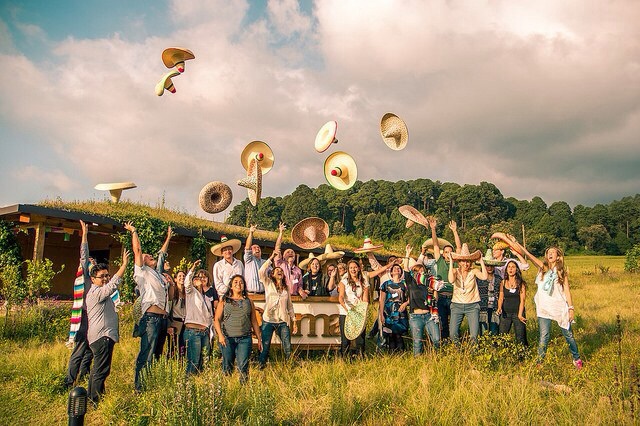 That jingle about the two chocolate bars being essentially the same thing, with a twist, is how I came to understand the intrapreneurs around me. Social intrapreneurs and social entrepreneurs are people trying to use business to solve the world’s social problems – just in different ways.

While social entrepreneurs are creating new ventures and businesses, social intrapreneurs are working from inside corporations, government, and other already established institutions and systems.

Do we need both social intrapreneurs and social entrepreneurs? Of course.

To create sustainable social change, we need systems change. Meaningful progress will come when we’ve got people on the inside of organizations mobilizing their vast resources in concert with people on the outside rallying for new ways of making change.

So, sometimes you feel like a nut and sometimes you don’t. It really doesn’t matter to us, because at the SSE, we love chocolate in all its forms.

If you’d like to learn more about social intrapreneurship, why not join the League in Canada? Simply sign up for our newsletter to hear about networking events and peer support opportunities. You can also follow the League on Twitter globally at @SocIntLeague and in Canada at @SocIntLeague_Ca.

Chryssa Koulis is founder of peopleshare, which helps Do-Gooders Do More Good. She is also one half of the Learning Team at the School for Social Entrepreneurs (SSE) Ontario, a CSI Member.