This is another installment from our series of articles in the CSI Facebook Takeover Week.

In this piece, SSE’s Managing Director Marjorie Brans chats with Perry Phillips about Canada’s impending wave of Baby Boom retirements. A thought leader in the field, Perry is founder of the ESOP Association of Canada and is co-author of ESOPs in Canada (in press) with Camille Jensen. 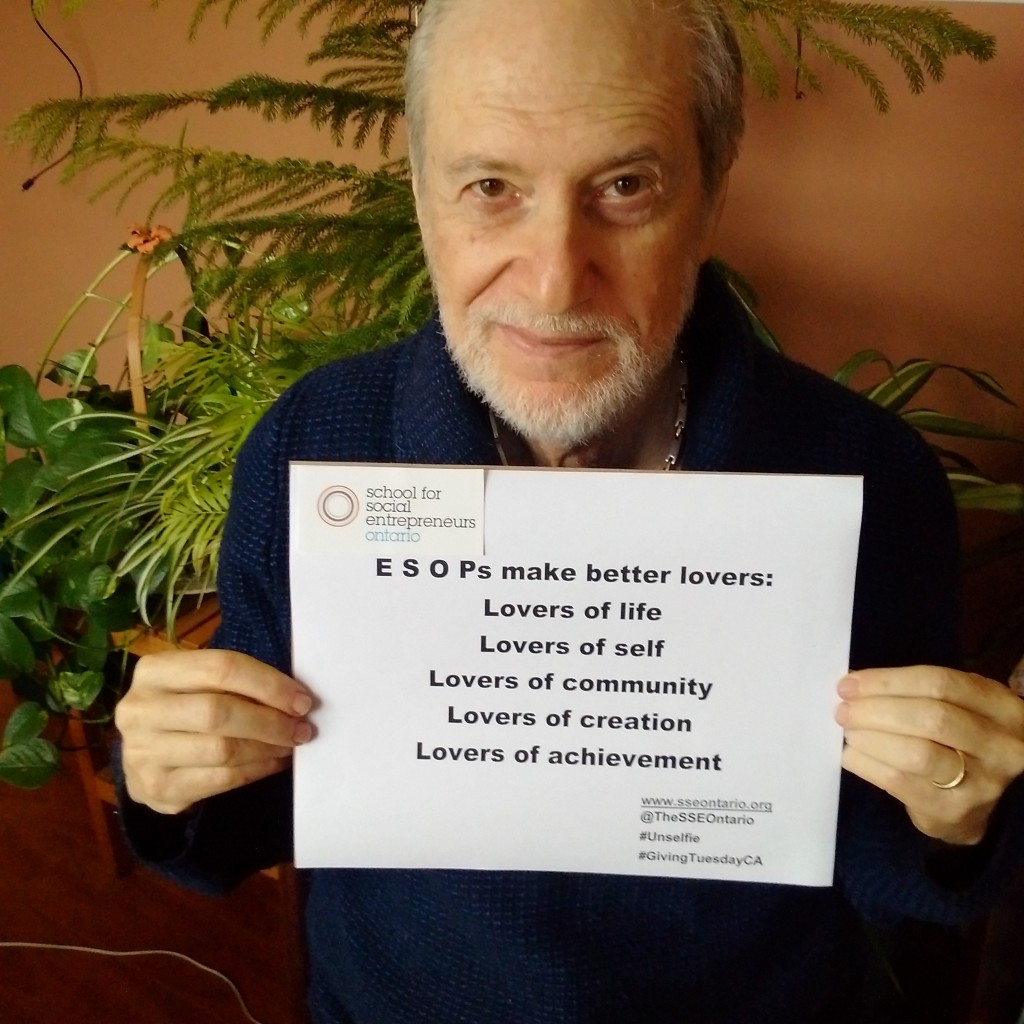 Marjorie: Perry, a lot of people are talking about the coming wave of Baby Boomer retirements, looking at the math, and wondering how Canadians are going to make out. Should we be worried?

Perry: The term “tsunami” has been used, yes!

Canada is poised to experience the largest intergenerational transfer of business control in its history. By 2017, close to 30 percent of business owners in the country will be over the age of 55 and over 300,000 owners are predicted to exit their companies.  These companies employ nearly two million people and account for no less than 15% of GDP.

That said, this big transition is also a big opportunity for positive social change.

Marjorie: Tell us more about that.

Perry: Well, as financially successful Baby Boomers approach retirement age, they’re starting to think about what kind of legacy they’re going to leave. Many of them simply don’t relish the idea of playing endless games of golf, and they’re rejecting ordinary retirement. This is a perfect opportunity to start talking about “socially responsible exiting”.

Marjorie: For our readers who aren’t familiar with that the term “exiting”, what does that mean?

Perry: In the simplest terms, exiting is about cashing out of a business once the owner or investor decides it’s time to move on. While it’s true that many Boomers are delaying retirement, they will retire one way or another, and the way they choose to do so can have huge social and economic implications.

Marjorie: So what would socially responsible exiting entail?

Perry: There are a number of scenarios, including shutting the business down or selling to relatives, investors, competitors, or employees. Under each of the scenarios, there are ways social benefits could be generated, for instance, by passing on assets to social enterprises or inspiring the next generation of owners to convert the business into a social enterprise.

You can probably guess my personal favorite option, and that’s selling to employees through an Employee Share Ownership Plan (ESOP).

Marjorie: You are the founder of the ESOP Association of Canada after all!

Perry: Well, let me tell you why I’m so passionate about ESOP conversion.

First, an ESOP allows employees who qualify to purchase shares in their employer’s company, with or without financial assistance. An employer can choose to sell as little as 1% or up to 100% of the company to employees.

What’s interesting from a social impact perspective is that ESOPs can give workers (many of whom are wage labourers) the opportunity to own a valuable economic asset and to share in a company’s value as it increases.

Recent independent studies by major educational and government institutions in the US, Canada, and the UK over the last 10 years have shown that ESOP companies outperform non-ESOP companies in comparable industries.

You don’t have to be a brain surgeon to understand that creating a company of employees that think and act like owners not only creates wealth for everyone, but also establishes business as a force for good in the community. These effects are felt through more active engagement in the life of that community.

Marjorie: It’s interesting that ESOPs have so much in common with more conventional social enterprises, but what I love is that they include ownership in something that grows, putting everyday people on a more equal footing with investors who own capital assets. A Boomer who converts his or her business into an ESOP that also has a green supply chain, sells ethical products, and employs progressive hiring practices would be leaving behind a pretty remarkable legacy.

Perry, this has been great. We’d love to invite you back for deeper conversations on this topic in the near future.

Perry: It’d be my pleasure!

Learn more about our April 6 workshop